Changing Identity.
Could the hospitality of Johannesburg signal the rise of Africa? 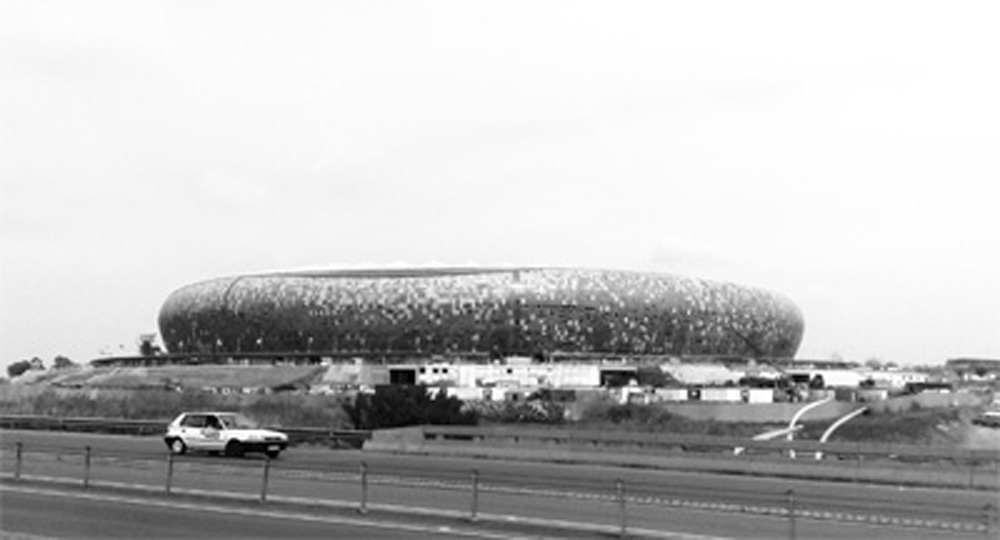 Johannesburg is under construction. It is one of the host cities for the 2010 World Cup of Football. Hosting the World Cup deals with more then just playing a game of football. New infrastructure, hotels and stadiums are built in high tempo, all integrally developed as a way to use this mega-commercial event as catalyst for urban regeneration. These ambitions, combined with the high standards of the FIFA are reshaping the city of gold diggers.

Golden city
It is striking to realize that the first settlers arrived in Jo’burg no more than a century ago after  a huge gold-lode was discovered. This region  of Gold since exploded into a conurbation of almost 20 million inhabitants. The region was named Gauteng and besides the trade-driven Jo’burg it also holds South Africa’s capital city, Pretoria.

Apartheid
The abundance of gold available provided a rush in terms of business development and investment opportunities. But, at the end of the twentieth century the city could not provide enough jobs for the big wave of urbanisation that followed. And when the apartheids regime was disposed of in 1994, the whole country went into a state of sudden anarchy. Jo’burg in particularely became infamous as being the most dangerous city in the world with crime- and homocide rates gone up dramatically. Its thriving (white) downtown business district was totally abandoned and is a defnite no-go-area now, taken over by gangs and organized crime. Public life as such was scarred by the political climate.

Research
But where do we stand now? Is it possible to turn a city around in a decade? Is Jo’burg ready to play? How to grasp the complexity of global megacities? How to understand the vast contemporary processes of rapid urbanization and it’s affect on urban conditions?

Our intention was to extend our frame of reference regarding international urban development; to use Jo’burg as a test case for our urban research method and to investigate it’s identity change regarding the 2010 World cup. The research leads to a publication, presented at the ‘Great Leap Forward’ event on the 23rd of June. It will also be hosted in various blog posts on this website during the World cup. 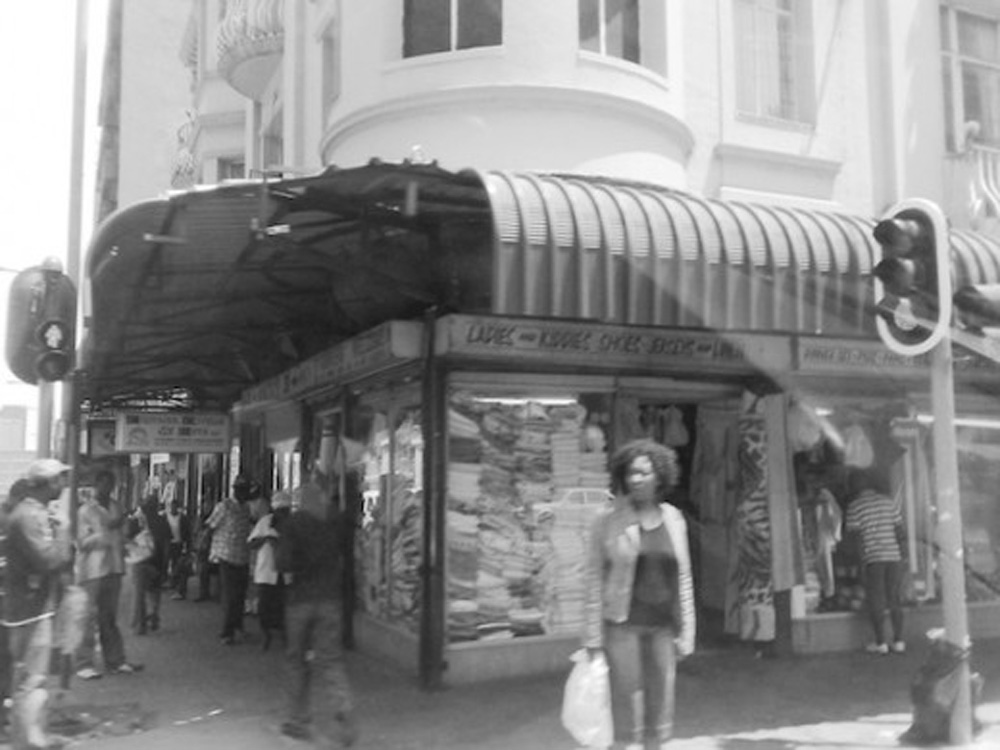 Downtown Jo’burg is perhaps the most notorious part of the city. In this area the city originally hold it’s thriving central business and commercial district (CBD), resulting in lots of skyscrapers, with the Top of Africa as the highest building of the continent. From here you can oversee the city center’s remarkable city scape; surrounded by man-made hills formed excavated mining residual. 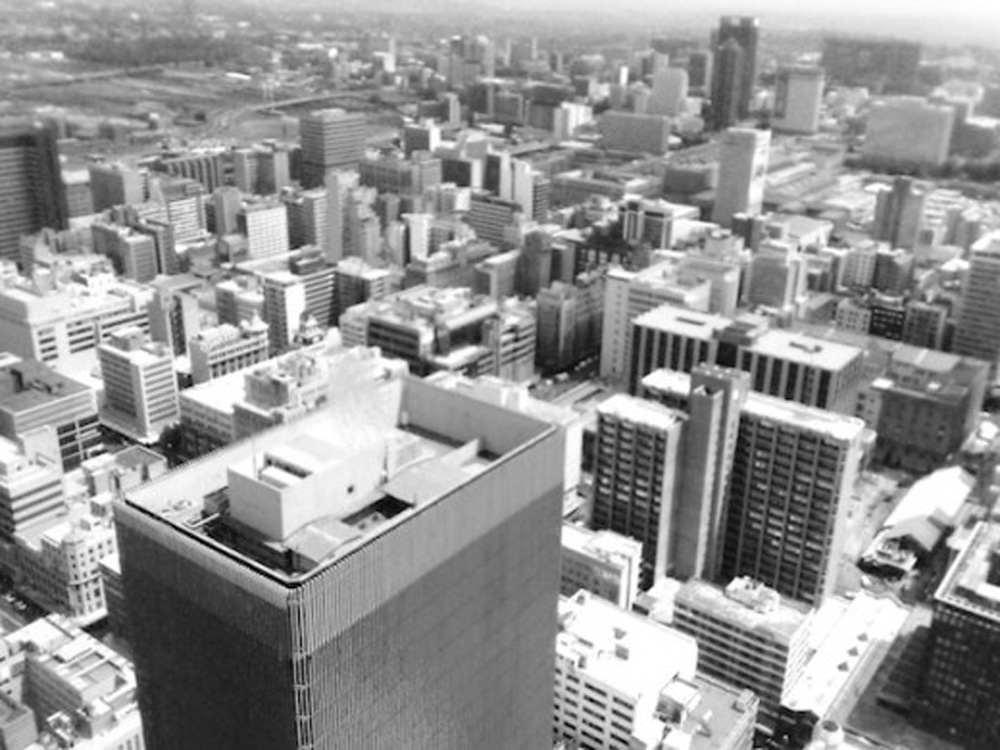 A center in decay
The wealthy upper class of white people used to live and work in the heart of the city. The properties were owned by one developer who subletted the buildings. But the business district fell into decay after the fall of Apartheid. The upper class rushed into newly built gated communities, suburbs and corresponding new business centres.  Public space got evicted, the buildings left behind were taken over by the informal sector. Luxurious towers were quickly converted to vertical slum, resulting in sky rocketing crime rates. Hillbrow is perhaps the best example. Situated around Joubert park, the streets are packed with people waiting for opportunities to come. Improvised stands are selling everything possible. No stone is left unturend in order to provide a living, oftern resulting in criminal activities that create a hostile environment. 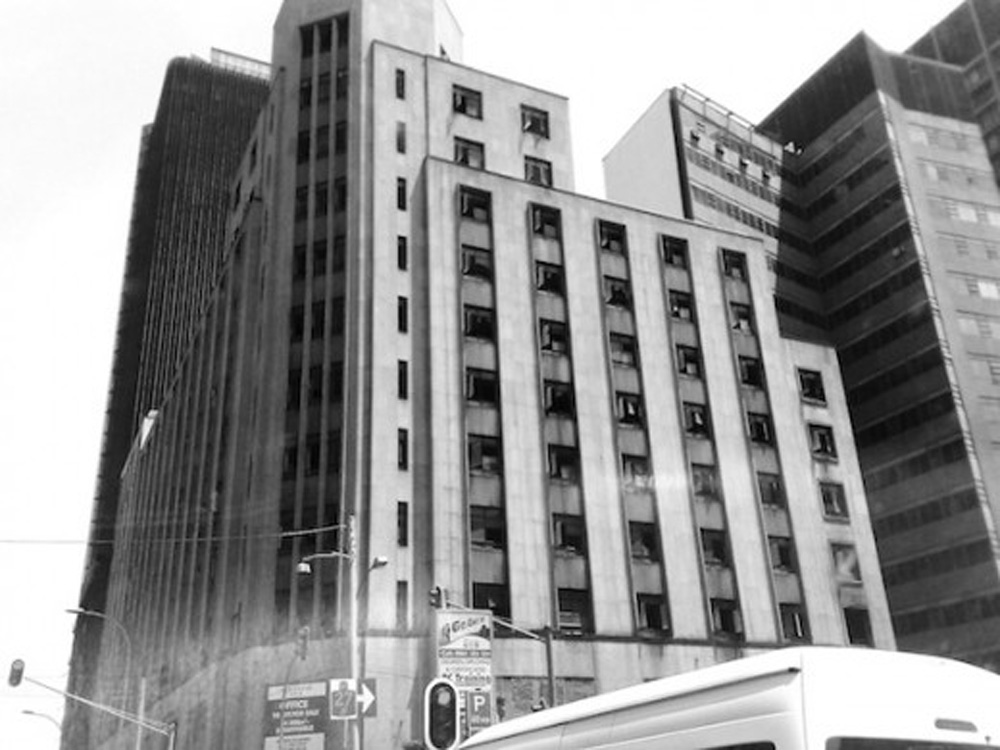 Multiple identities
Besides the infamous downtown and Hillbrow area, the center of Jo’burg also hosts some totally different environments, that seem to naturally co-exist. The centre for tourism for example, is placed in the neighborhood Newtown, which is a located in the west of CBD. In the area a vibrant cultural scene was formed in former ware houses, close to the Nelson Mandela – bridge that spans the rail way. Theaters, museums and galleries are situated here and it is supposed to grow into a podium for social-cultural discussion. 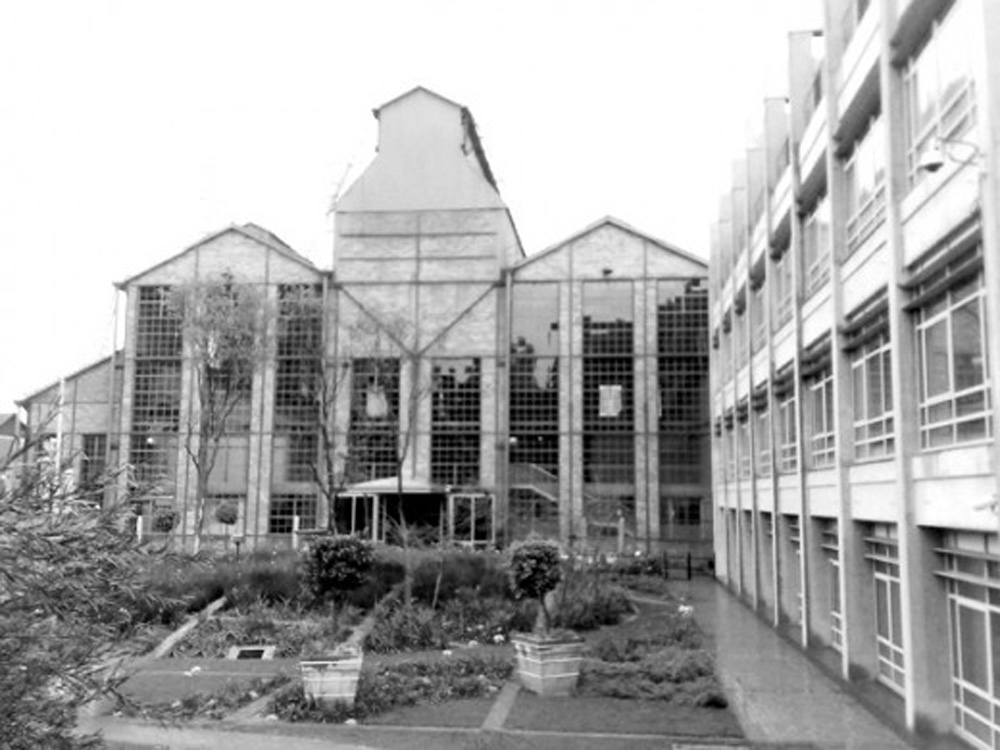 Towards the south of the CBD, original industrial buildings still dictate the scenery while further east the CBD is gradually transitioning into the a luxury residential area Kensington, a gated community. The massive slum community Soweto (or South Western Township) is a striking opposite, located on the other side of the highway. More about these areas later.