The way space is represented is a reflection of how people perceive and deal with space. The images shown above illustrate this process. For an architect representing space is of crucial importance. ‘As Robin Evans has succinctly put it, “architects do not make buildings, they make drawings for buildings.”’ In the shown painting of Raphael the rules of the perspective are applied. The illusion of a space is raised. The construction of perspective is highly mathematical and ‘… linked the perception of the world to ideas about the world through the vehicle of mathematical reasoning.’ However this perception of the world changed and thus the way perspective represented space became outdated. Especially cubist painters were leading in trying to represent space in a manner that complied with the way one perceives space in this new time. Their need to do this evolved out of a critique on the perspective. 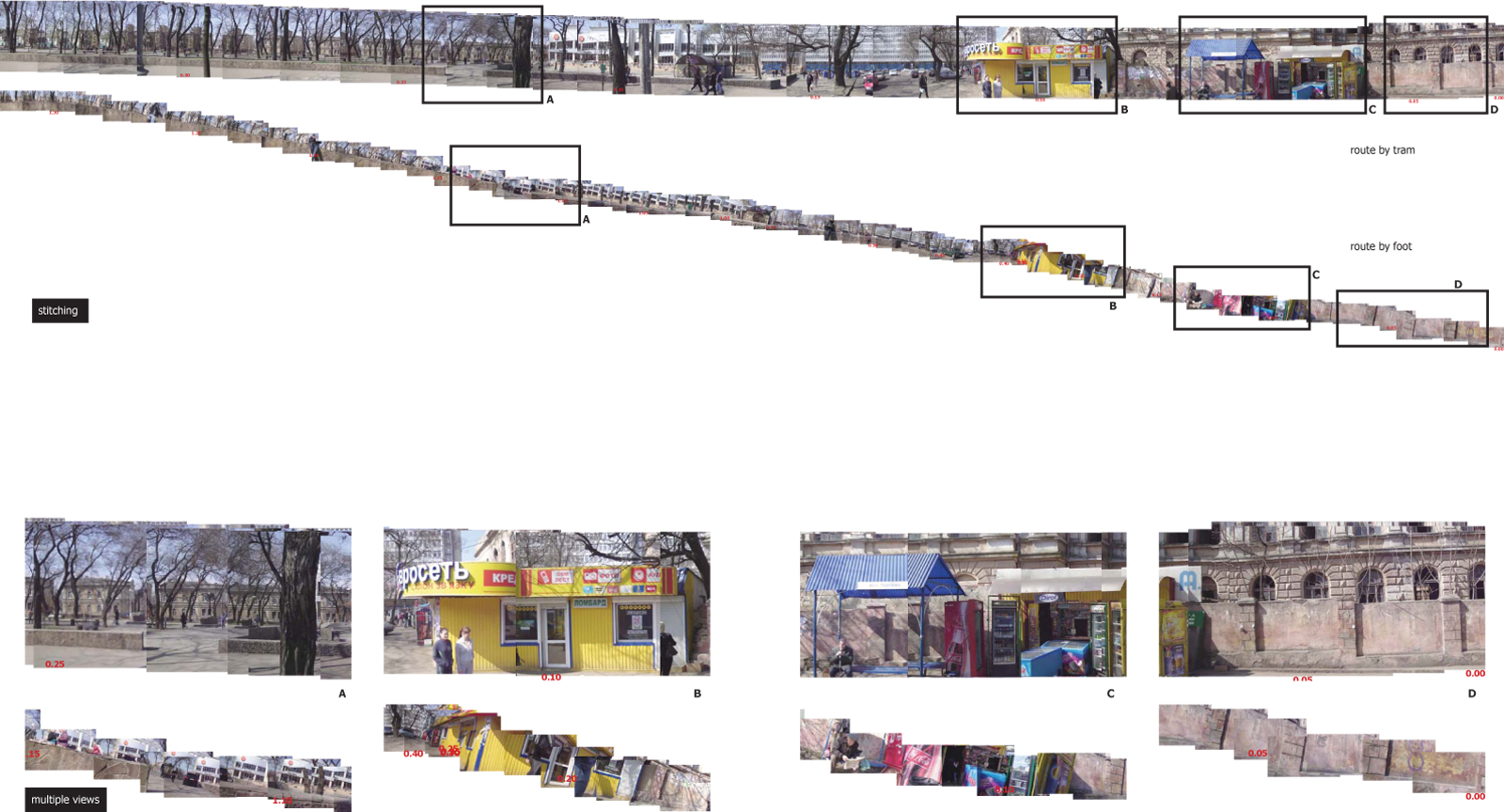 ‘…Braque said: “The whole Renaissance tradition is antipathetic to me. The hard-and-fast rules of perspective which it succeeded in imposing on art were a ghastly mistake which it has taken four centuries to readdress: Cezanne and after him Picasso and myself can take a lot of credit for this. Scientific perspective is nothing but eye-foolish illusionism; it is simply a trick – a bad trick – which makes it impossible for an artist to convey a full experience of space, since it forces the objects in a picture to disappear away from the beholder instead of bringing them within his reach, as painting should.”’ Biggest point of critique was perhaps the singularity of the viewpoint of perspective that does not comply with the two eyes of a human being.

The cubists included time and movement in their paintings. Where for the painting of Velázquez the objects had to sit down for a long time to capture the moment, in cubist painting both the painting and the object are moving. The painting subsequently is a more accurate representation of what happened in the time frame in which in the painting is constructed. However you can still criticize the cubists for the same reason as for what they criticized perspective paintings. As Allen puts is: ‘To suggest that any geometrical construction, no matter how complex, could be capable of mapping the fluidities of vision is always to artificially reduce the complexity of vision.’ The way the cubist represented space already included a lot more parameters, such as time, movement, and multiple viewpoints, however it still is a representation of space.

The panopticon of perspective is also the starting point of Bruno Latour. He theorized the last image in the sequence with main argument that the city as a whole is not visible anymore. This is of course the main characteristic of a panopticon prison in where the guard in the middle is able to oversee all cells from one point of view. The contemporary way of perceiving a city is fragmented. As an example Latour explains the way a sewer system in monitored. From one room observers look at screens that show important nodes in the system, and what is in between these images is lost and not relevant. What becomes apparent here is that in order to create such a vision, there has to be a selection first. What are the glasses with which you are watching? For you only want to see a specific element of the whole. 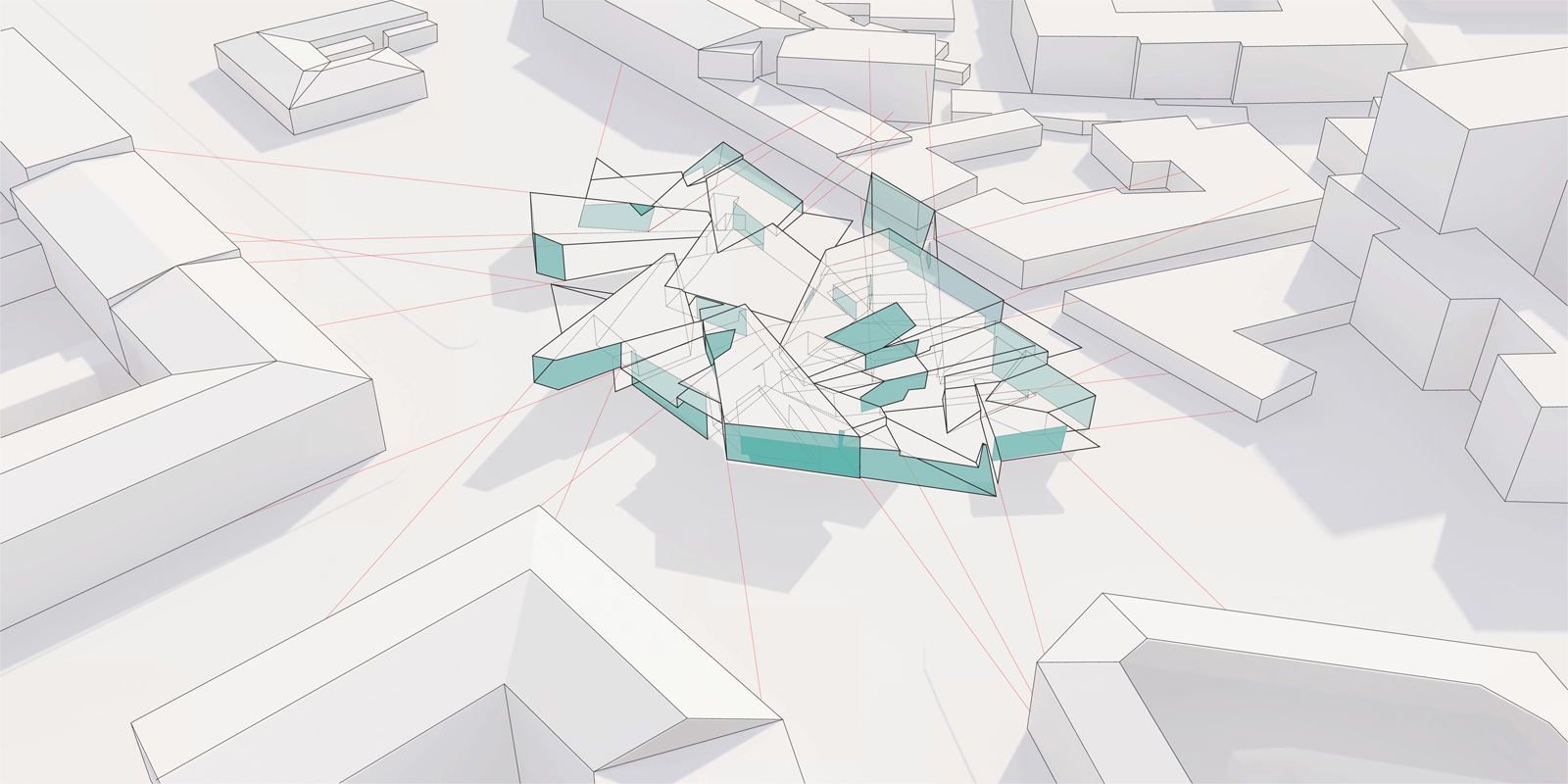 The graduation project has been a part of the studio Border Conditions at the Technical University in Delft with the function of a museum in the city Odessa, Ukraine. The main objective of the studio is to translate an observation in the city into a mapping. This mapping subsequently needed to be translated into architectural space. The survey took place in the city of Odessa. I was struck by the different viewpoints and speeds given by the different modes of transport when moving through the city. I compared this fragmented way of experiencing the space with the Cubism of Picasso. In his paintings multiple viewpoints are composed to one painting. The focus is not on a static experience of space, as with the perspective, instead he focuses on time and movement. 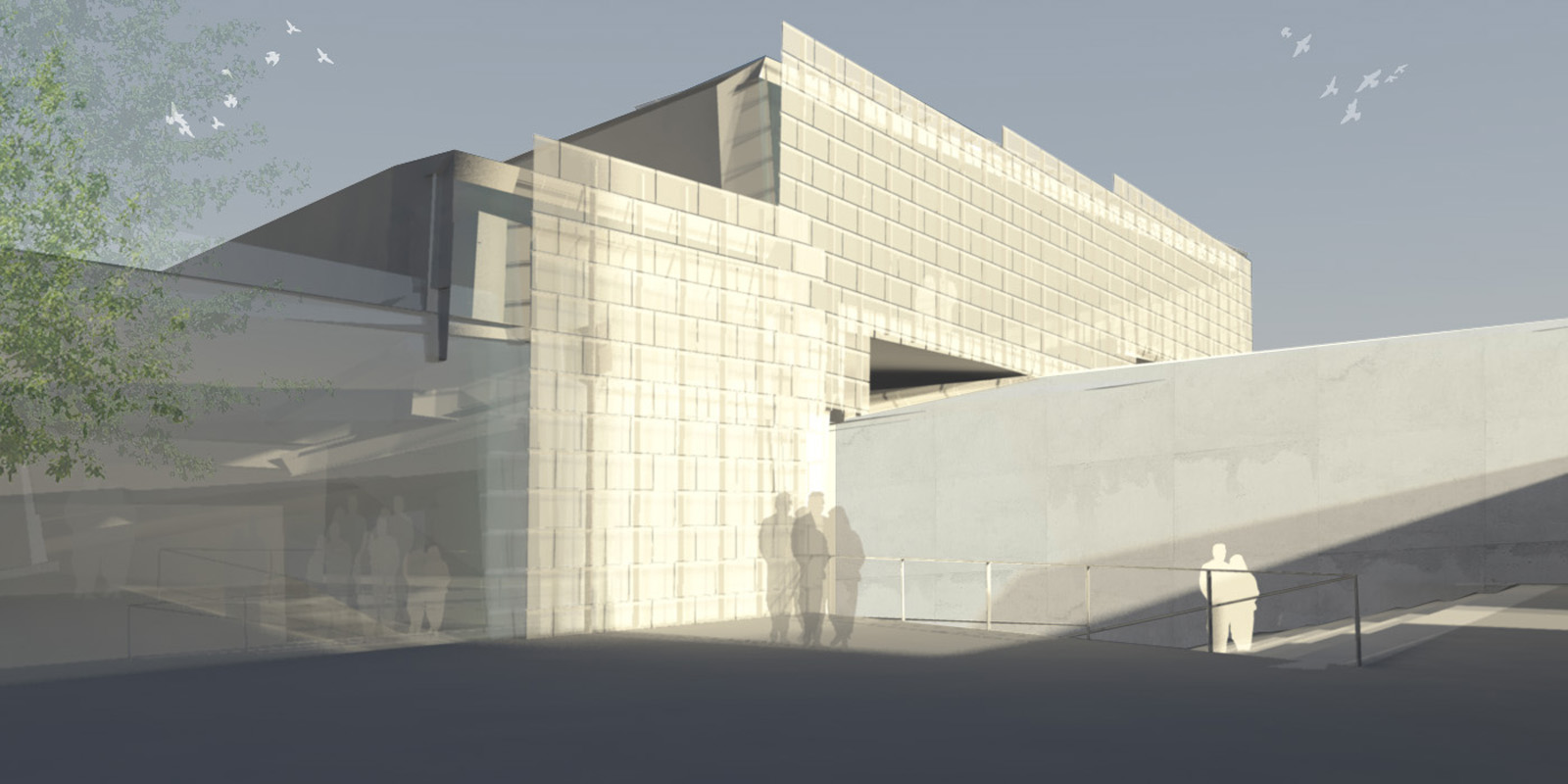 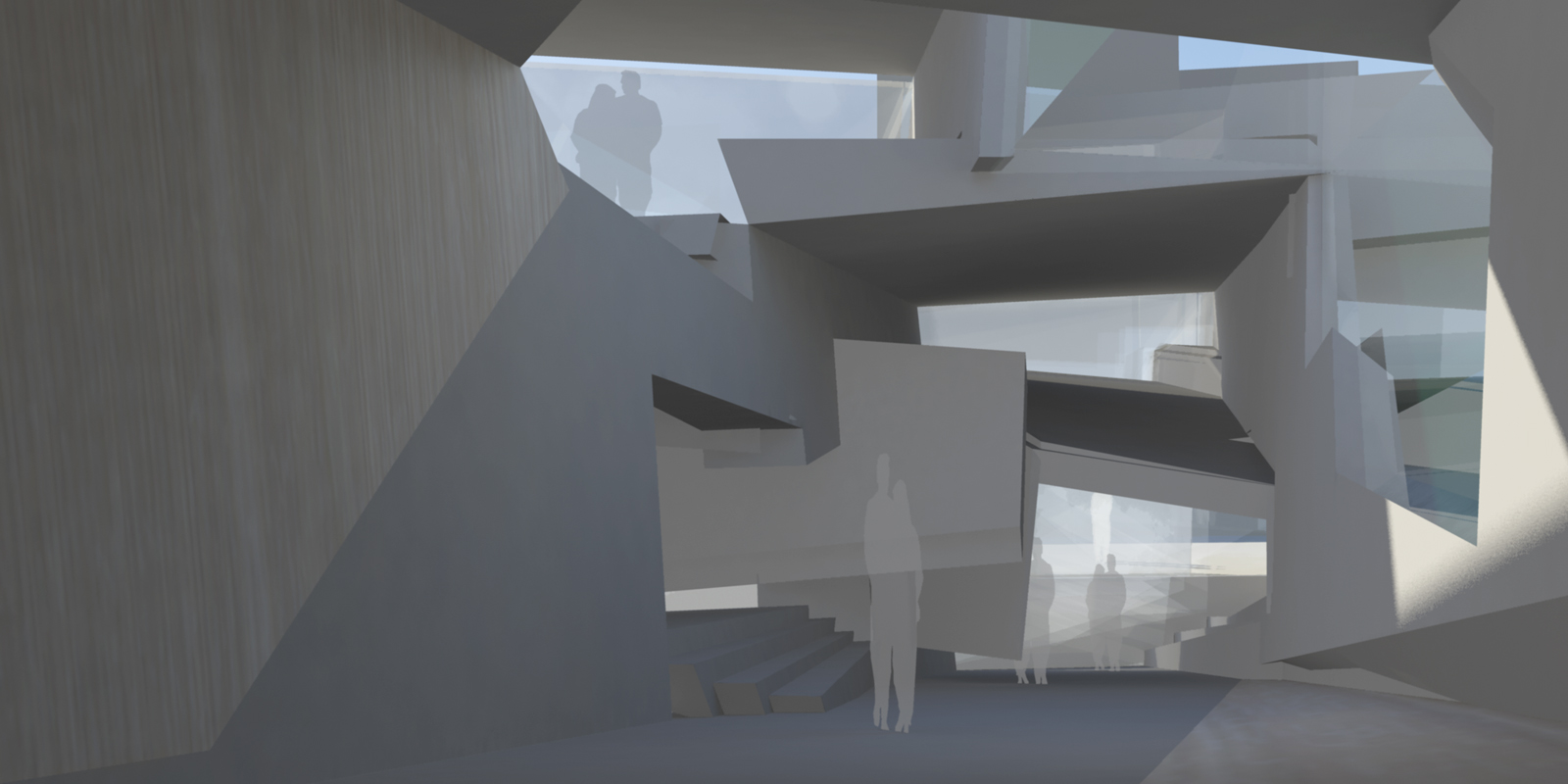 Movement through space was the key of this design. Both in the dealing with the context as in the organization of the building itself. From inside the building several fragments of the context are framed, some more close up, some more as an overview. Some framed from a high point of view, some from a low point of view. The speed of the visitor is guided with architectural elements such as steep stairs or a gentle slope. The space is made by intersecting multiple frames. The more frames are added, the more complex the space will be. 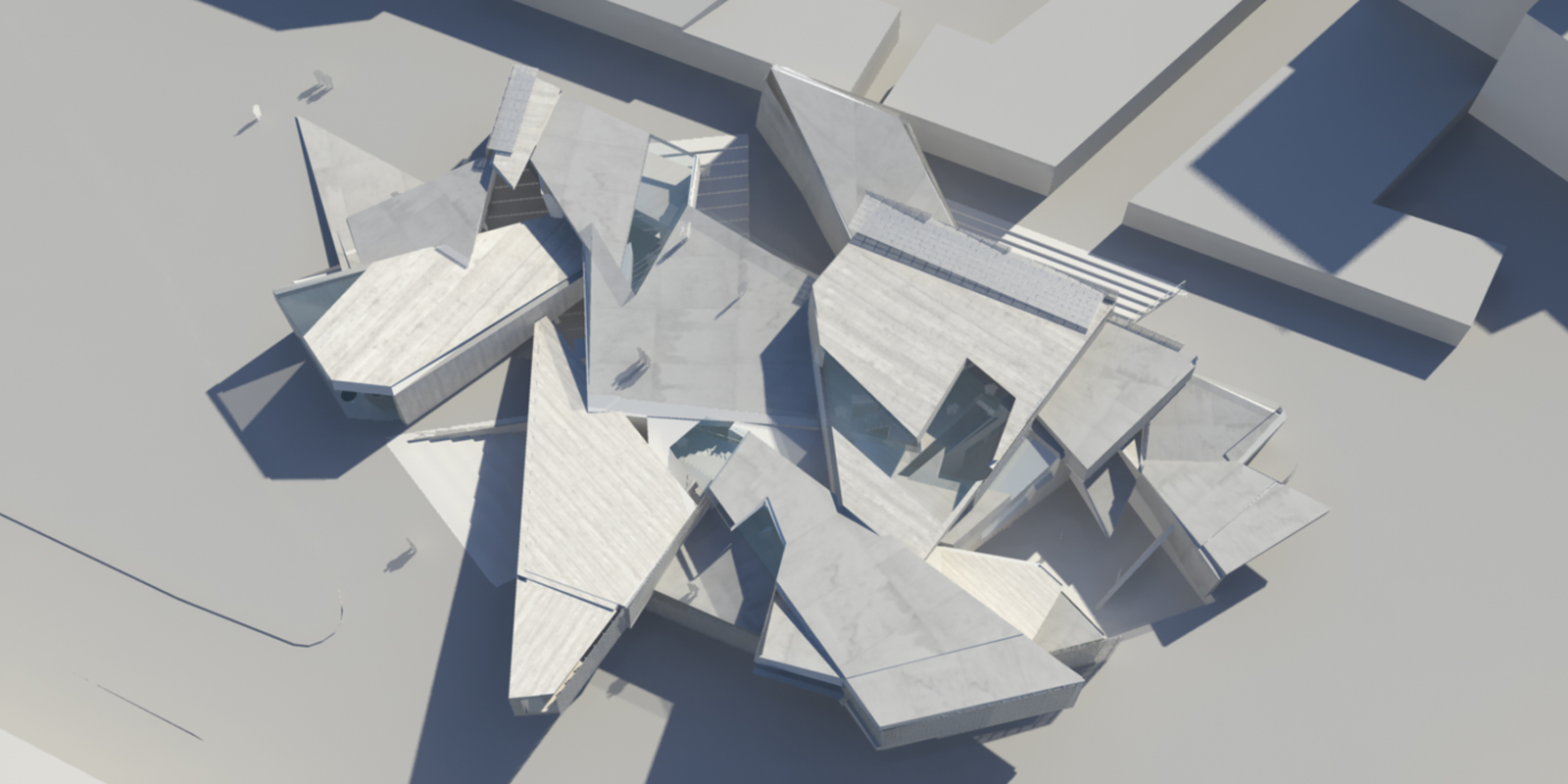