Our proposal reignites the spirit of the building when finished. The strong presence of the building resulted in numerous resentments amongst the people – The Times and The Architects’ Journal lamented “a civilisation condemned to live under a pall of smoke and in the shadows of ugly buildings of its own devising”. The scale seemed to overshadow its local context, but it developed into a landmark for the city, the country and has become an international symbol. Thus we do not preserve the poor physical image of the building, but transcend the inheritance of Battersea Powerstation into the twenty-first century. 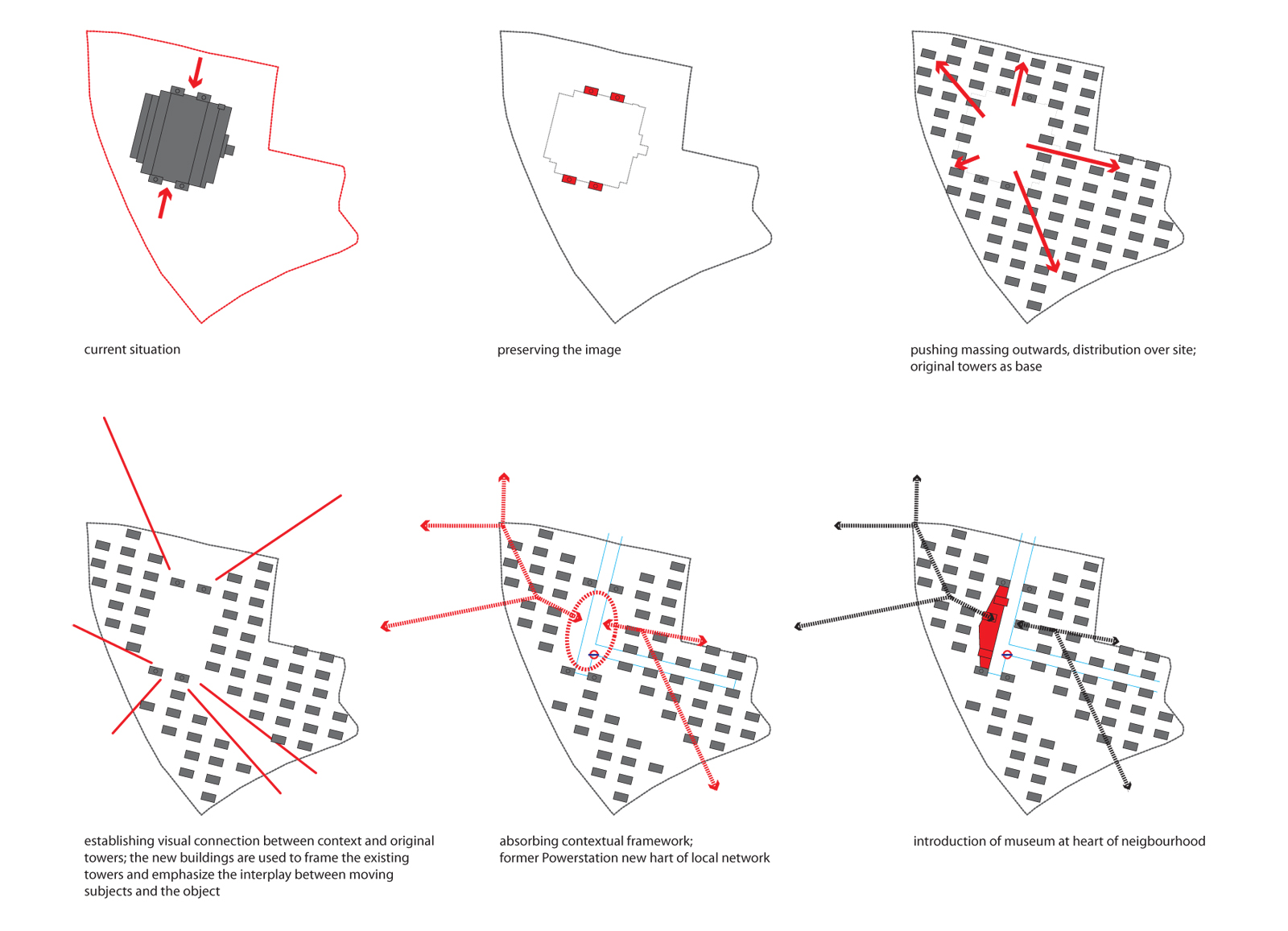 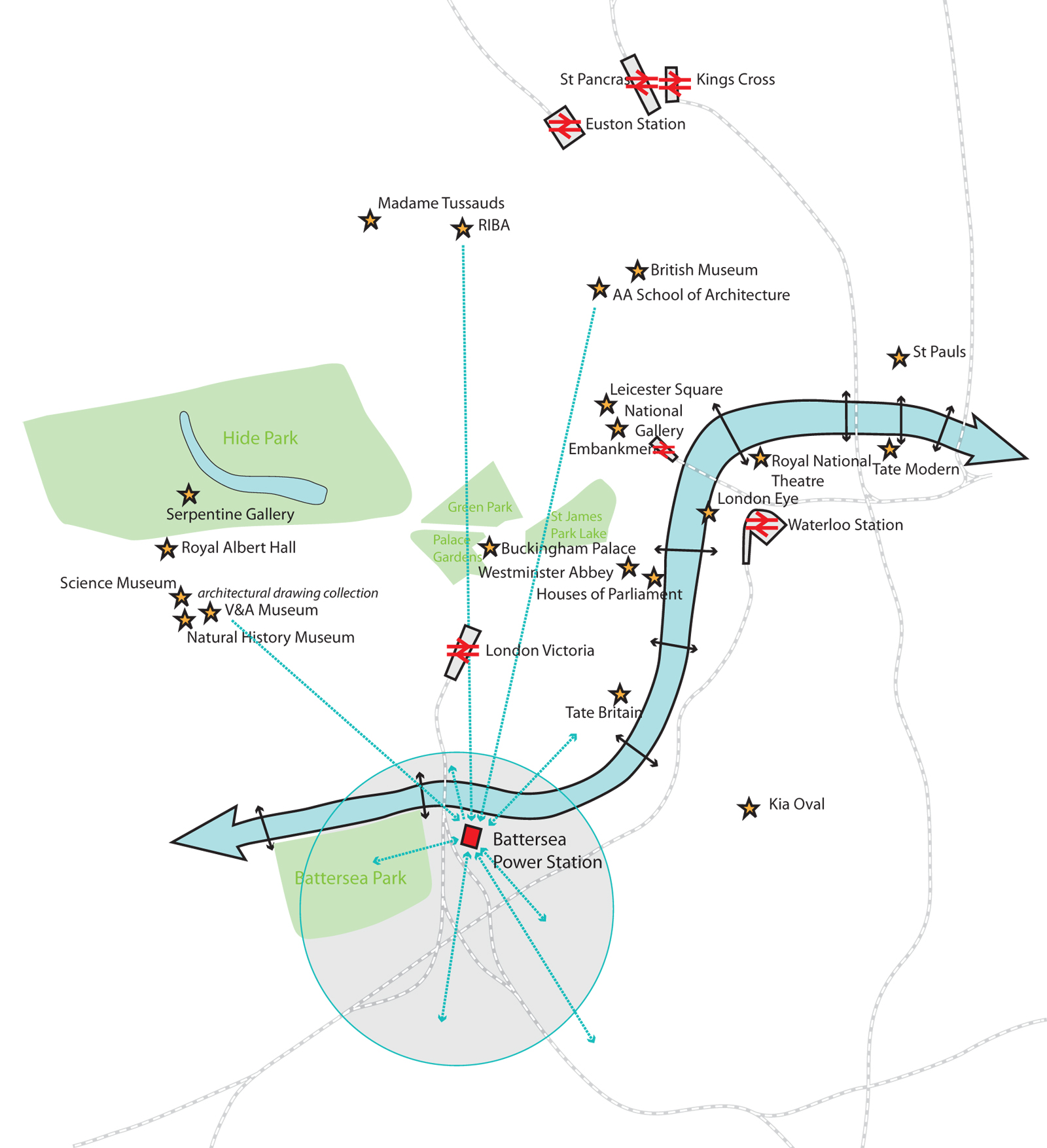 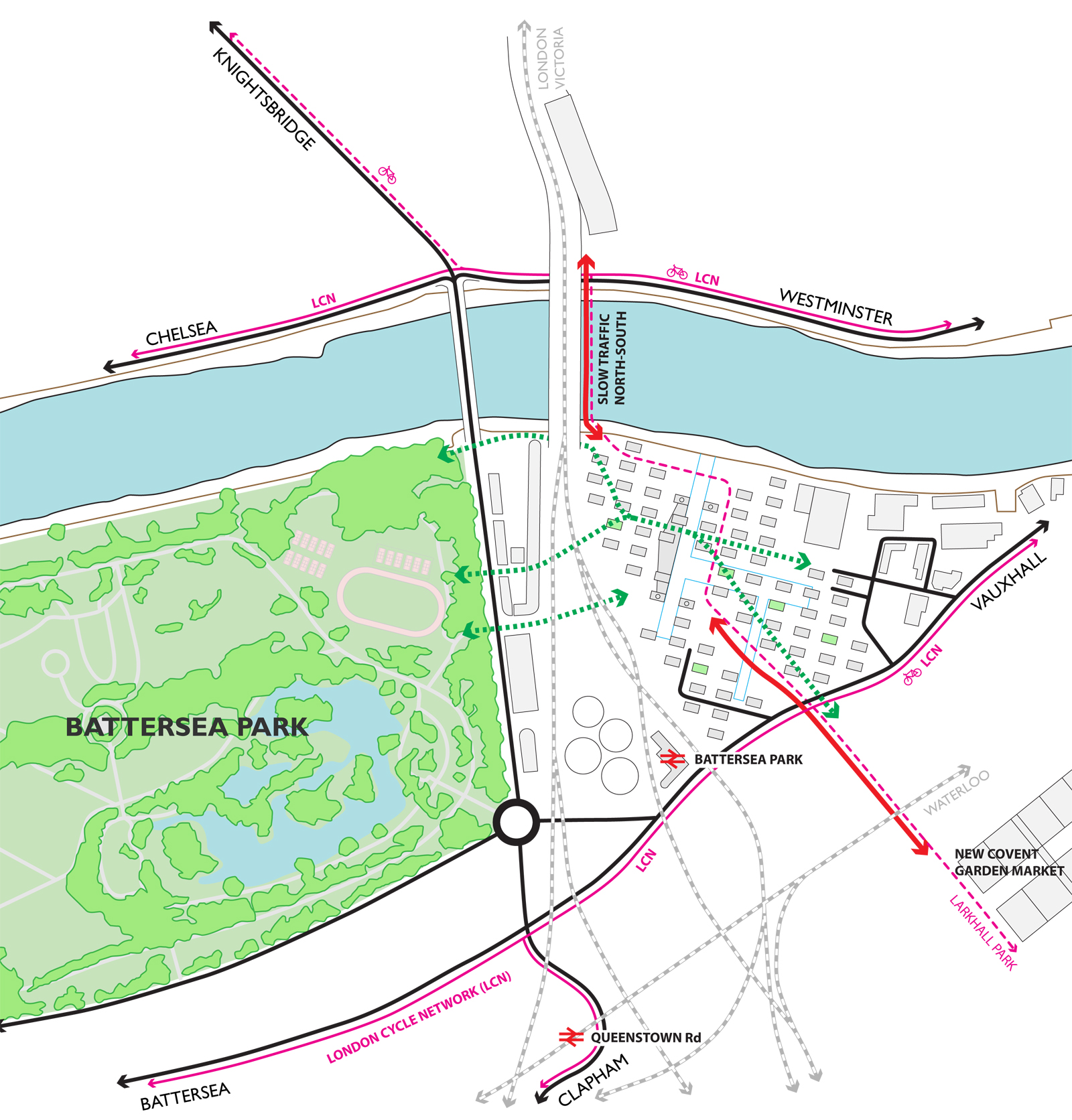 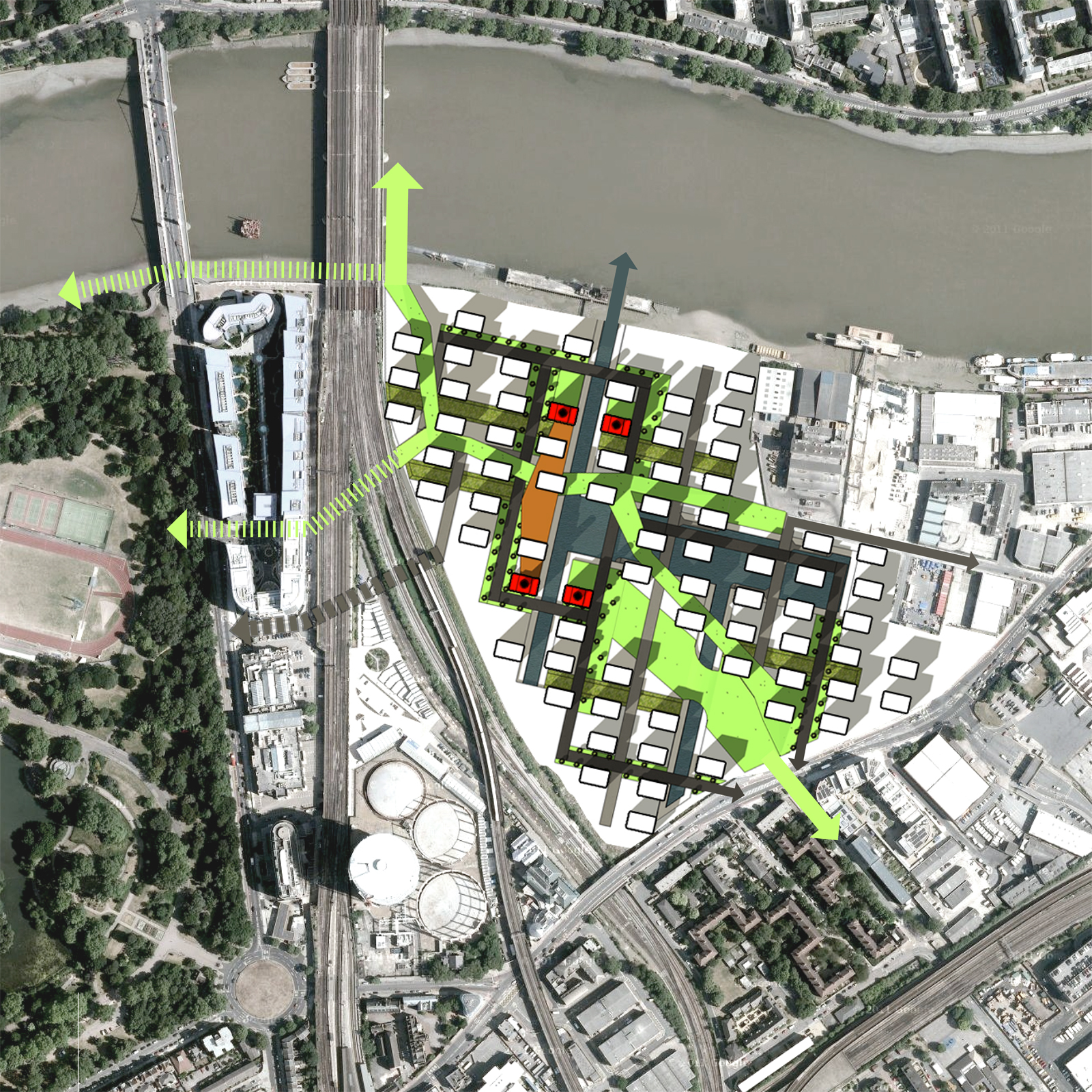 The towers all share the same footprint with the original towers of Battersea Powerstation. The load bearing façade allows for a flexible use of the towers in time; from office to dwelling, from urban farm to parking. The identity of the urban plan stays recognisable while the functions may shift. 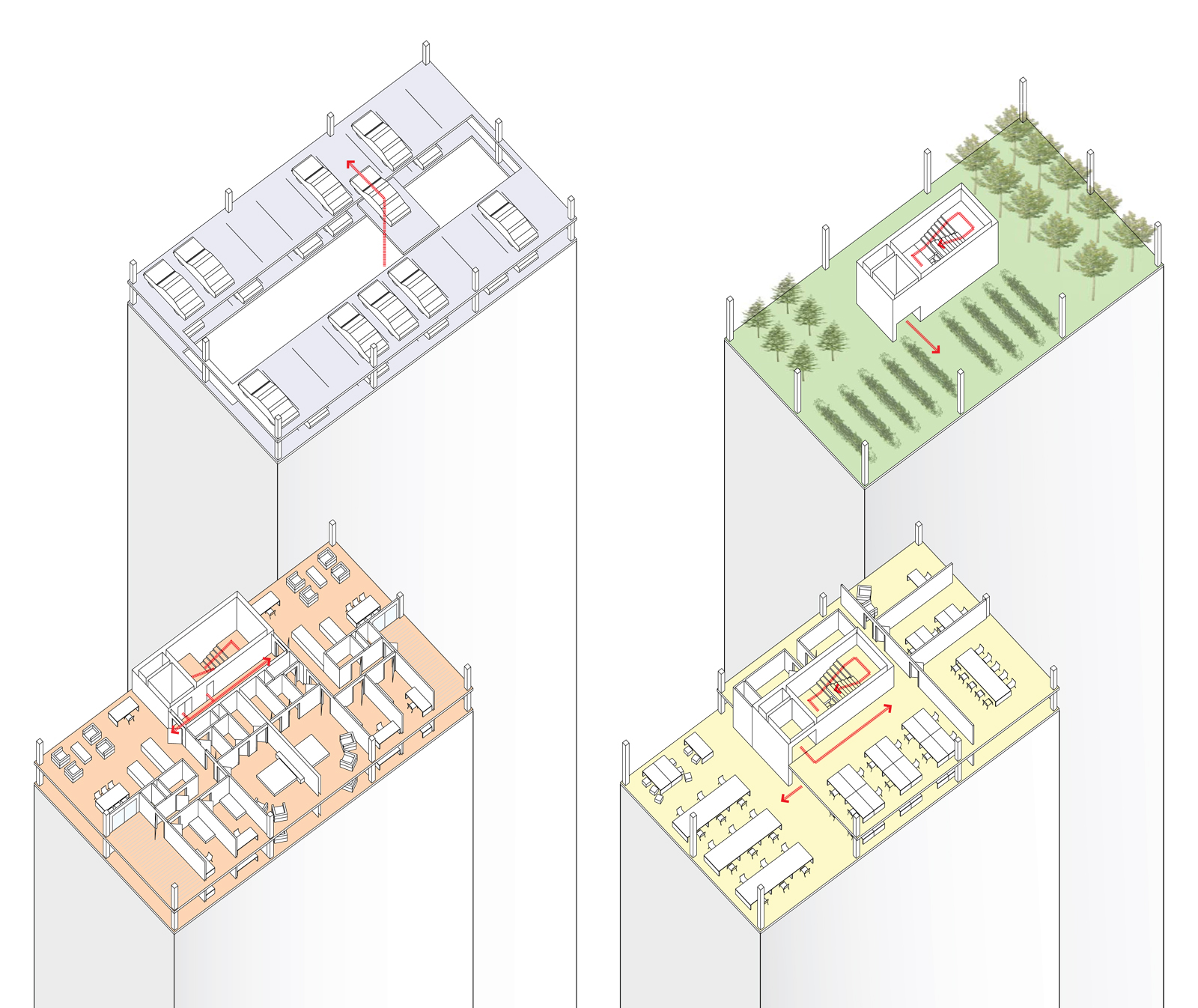 Most important aspect of architecture, both in present and past, has been the discourse of the profession. While the building displays the past, our museum is focused on facilitating this discourse. The program has been extended with activating spaces and  the MoA is connected with other important sites and buildings in London and the UK. Spaces for new media even propell the building into a global scale. 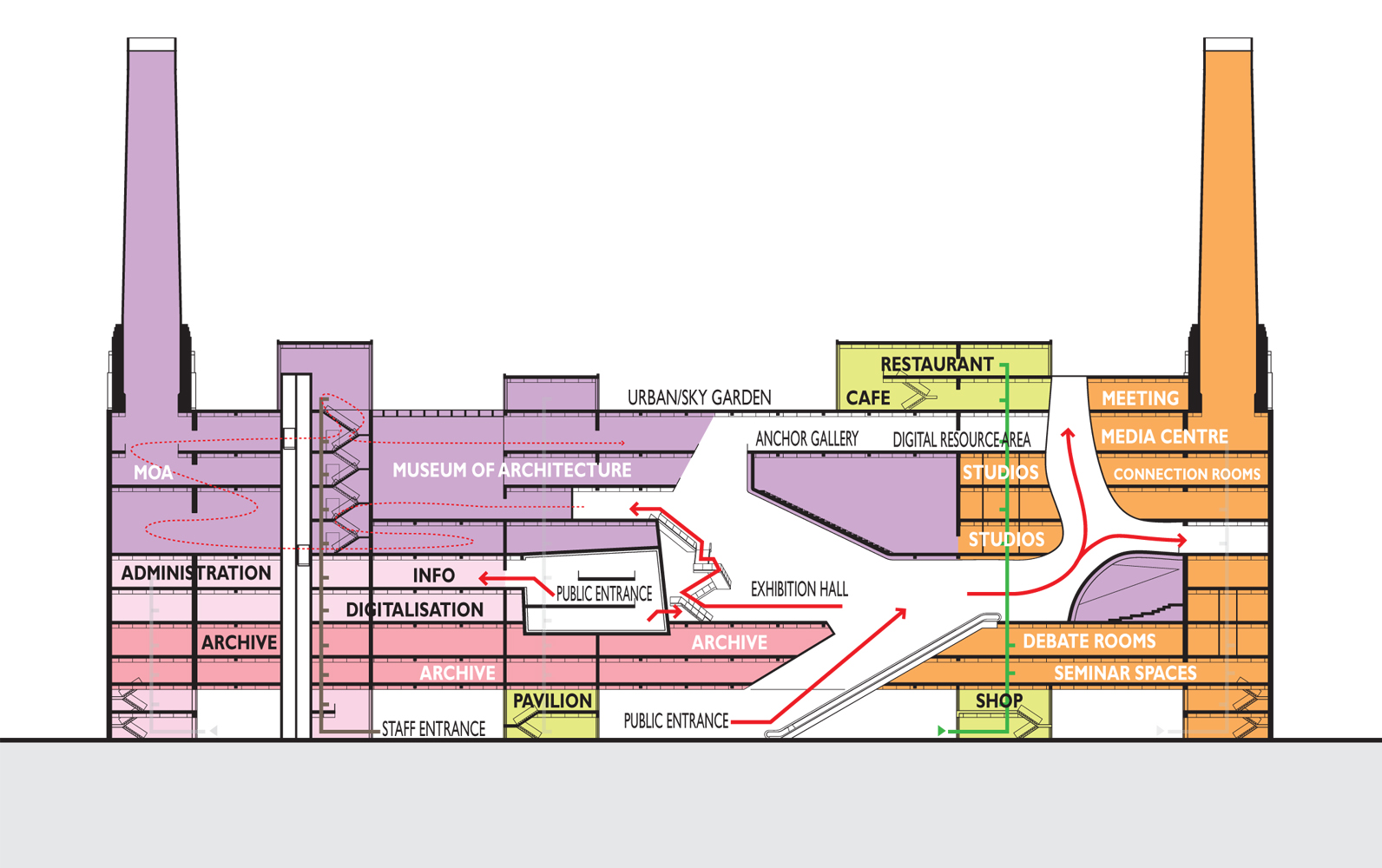 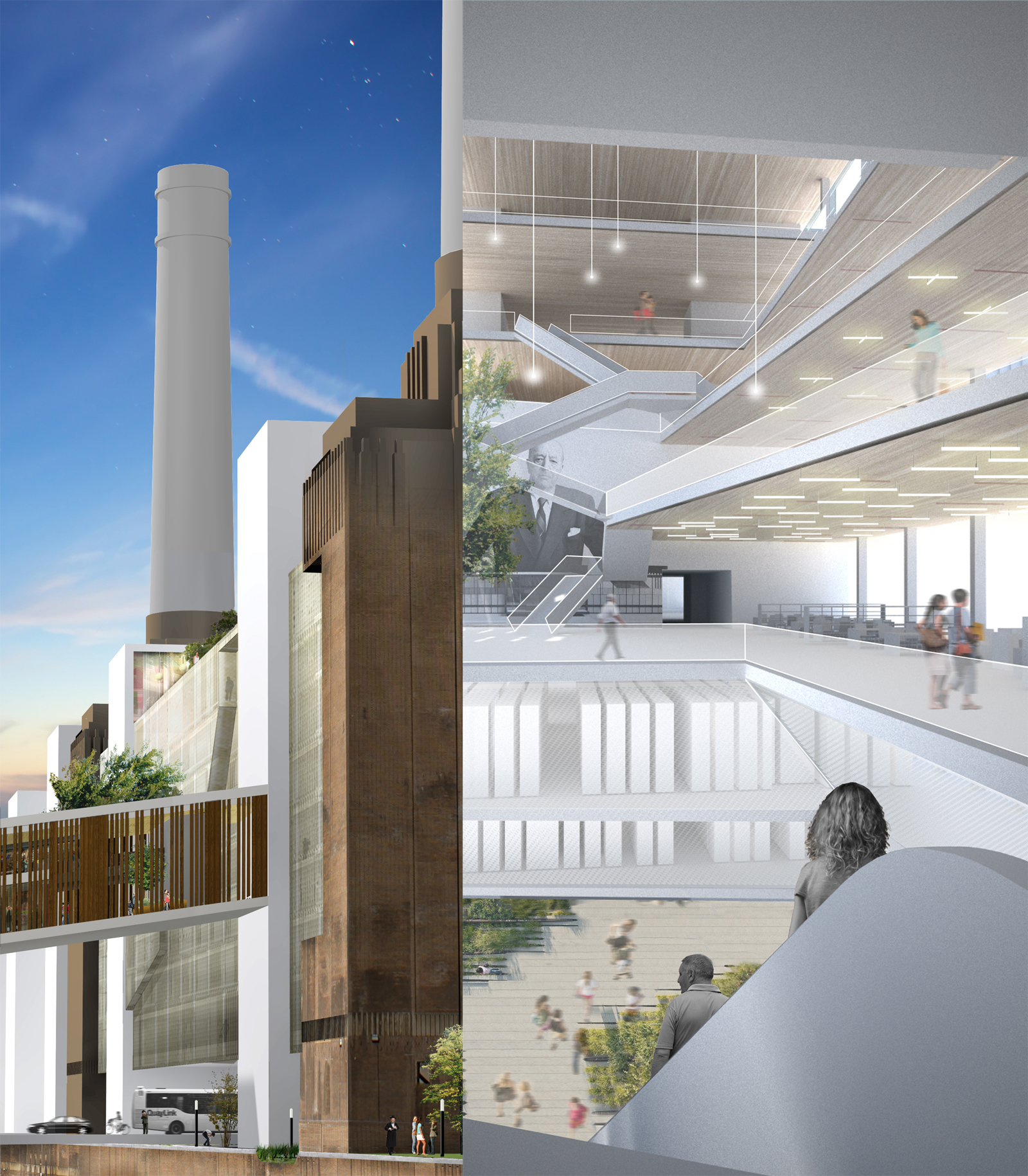 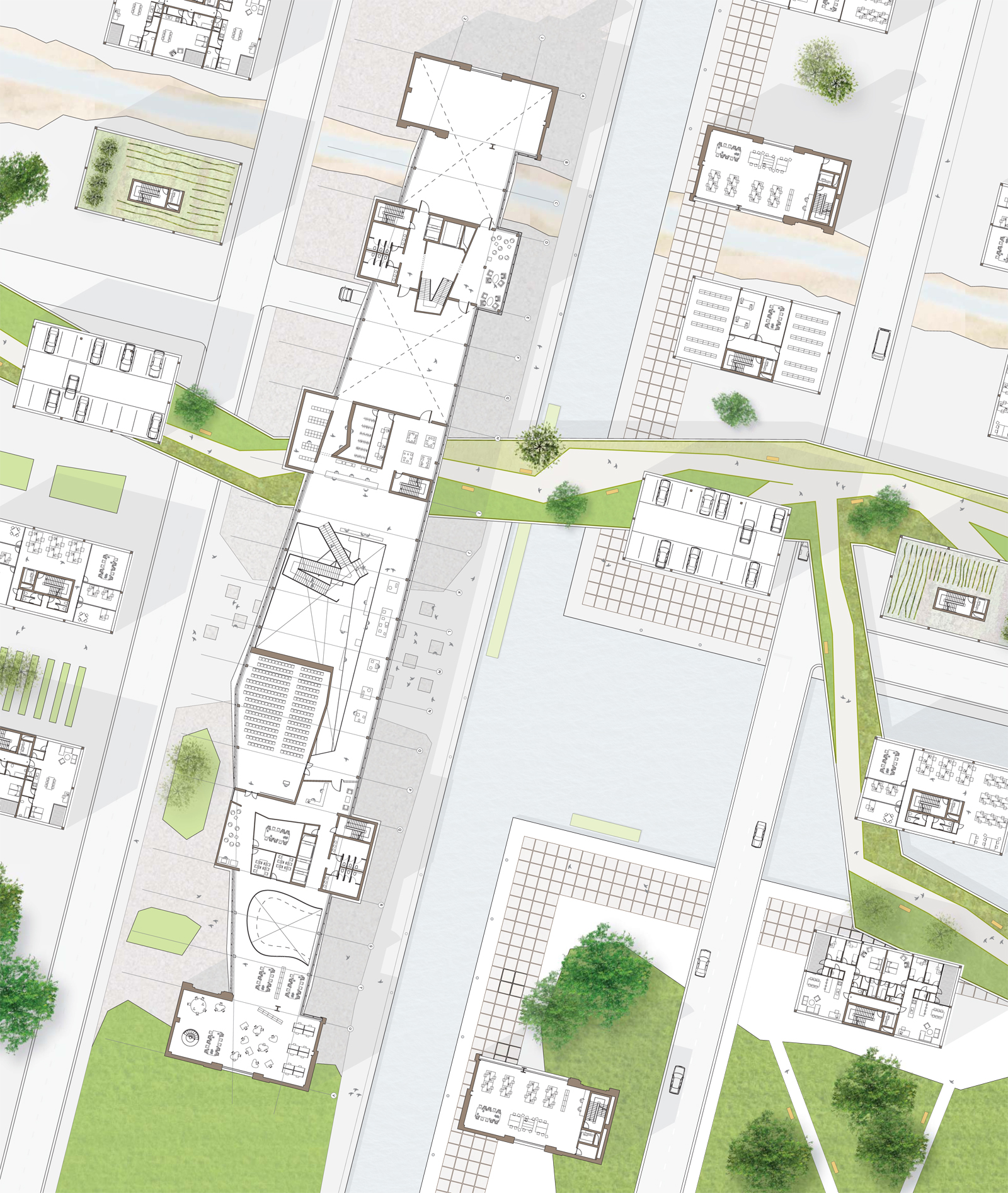