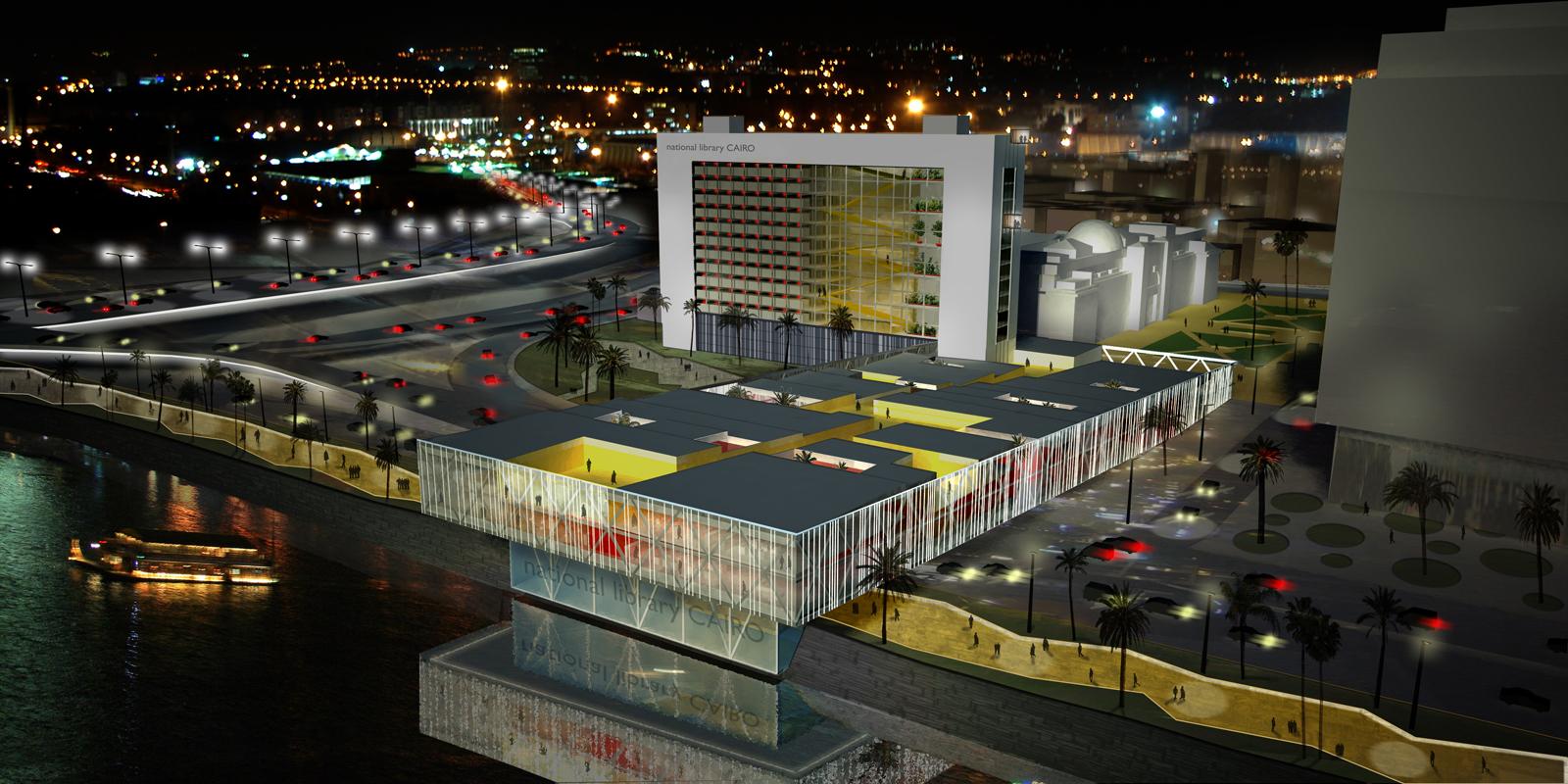 The building is situated in the heart of the city where different layers of the city come together; the ancient route of the Nile, the tourists travelling from the airport to their hotel and the pyramids, and of course the people of Cairo making use of the metro. The library facilitates exchange between these people: the presence of knowledge becomes a necessity for the interaction of people. 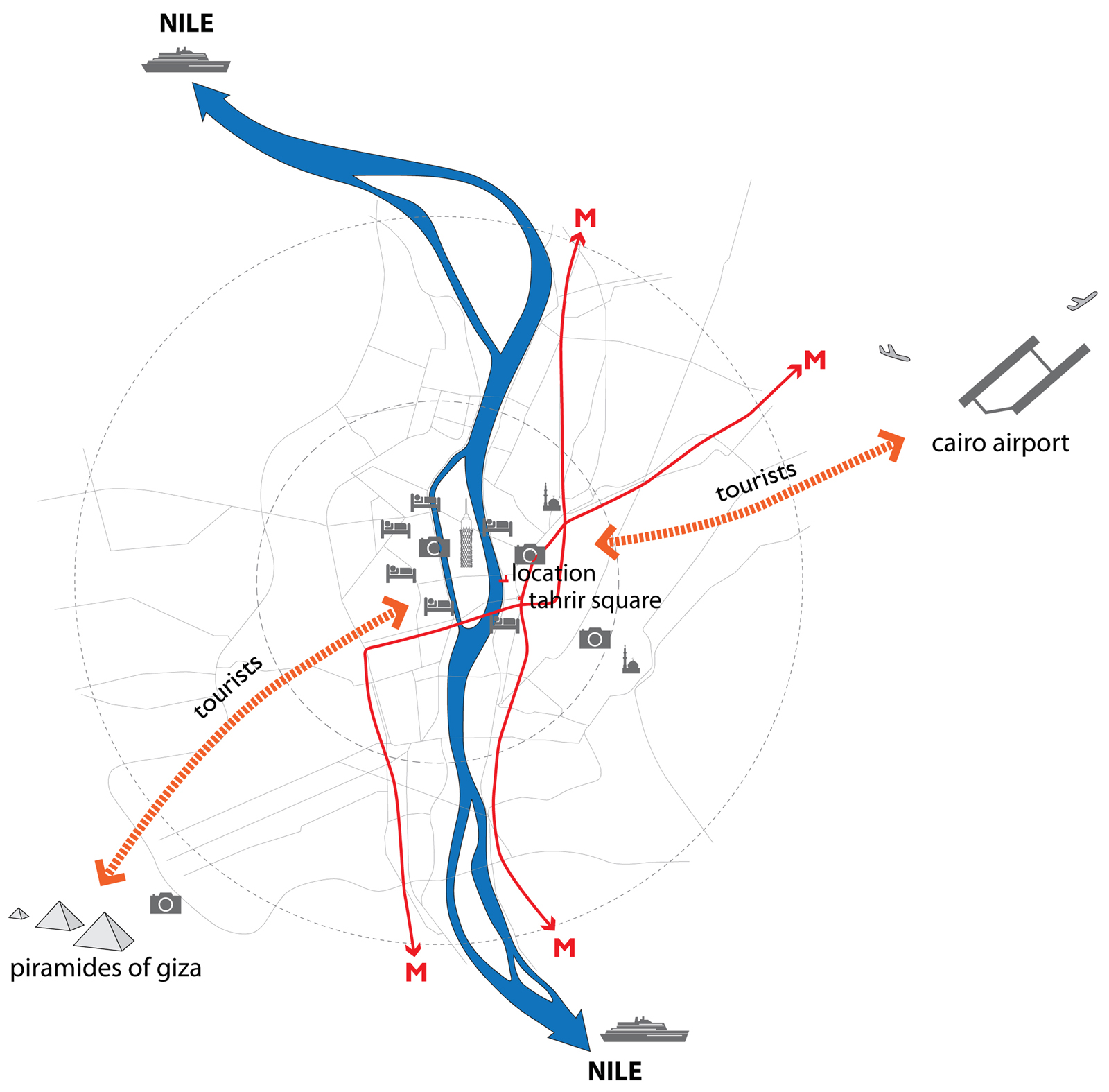 – The library has the ability to use modern modes of communication to make information available.
– The library facilitates interaction between and initiatives from its visitors.
– The library shows the documented history of Egypt.
– The library enriches the people and contributes to a new Cairo. 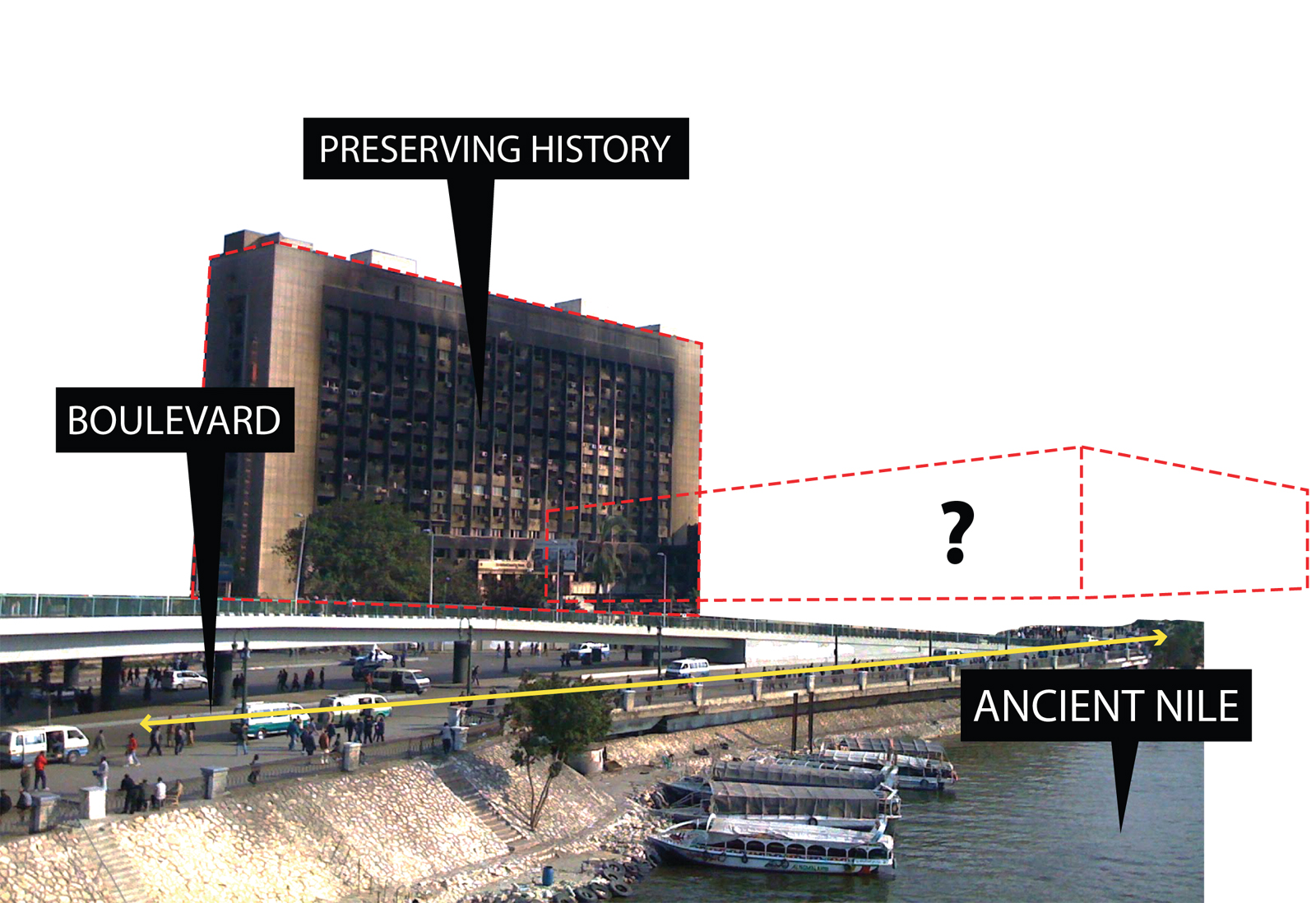 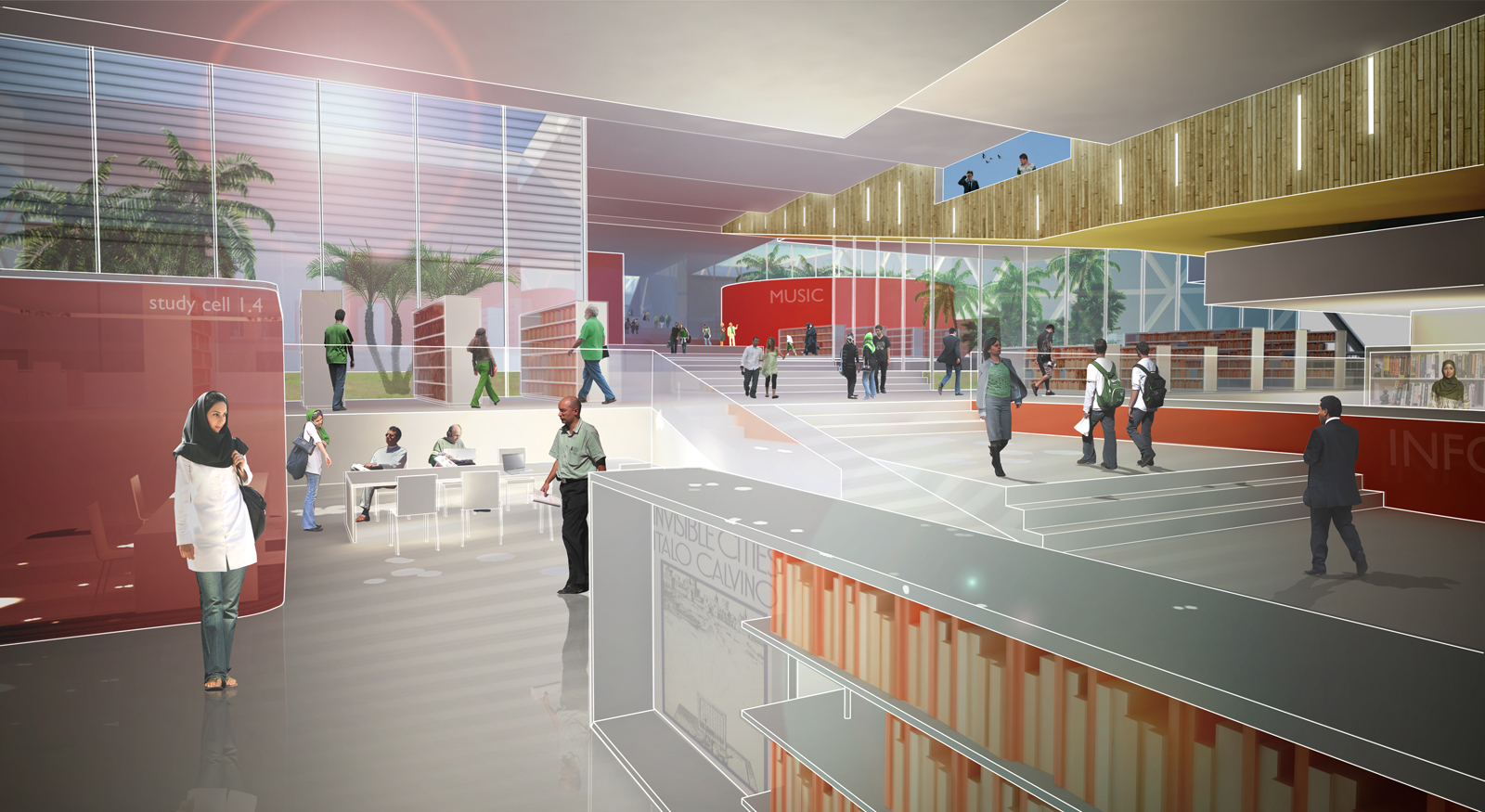 A public routing ties together the Tahrir Square and the Nile while giving a spectacular view over the city and crosses the intense barrier of the busy boulevard. The crumbling building of the former headquarters of the National Democratic Party has been transformed and integrated in order to make recent historical events manifest. The building connects the people with several layers of Egyptian history. Within the library the diversity of spaces allows for a flexible use. For any function imaginable there will be a suitable space. 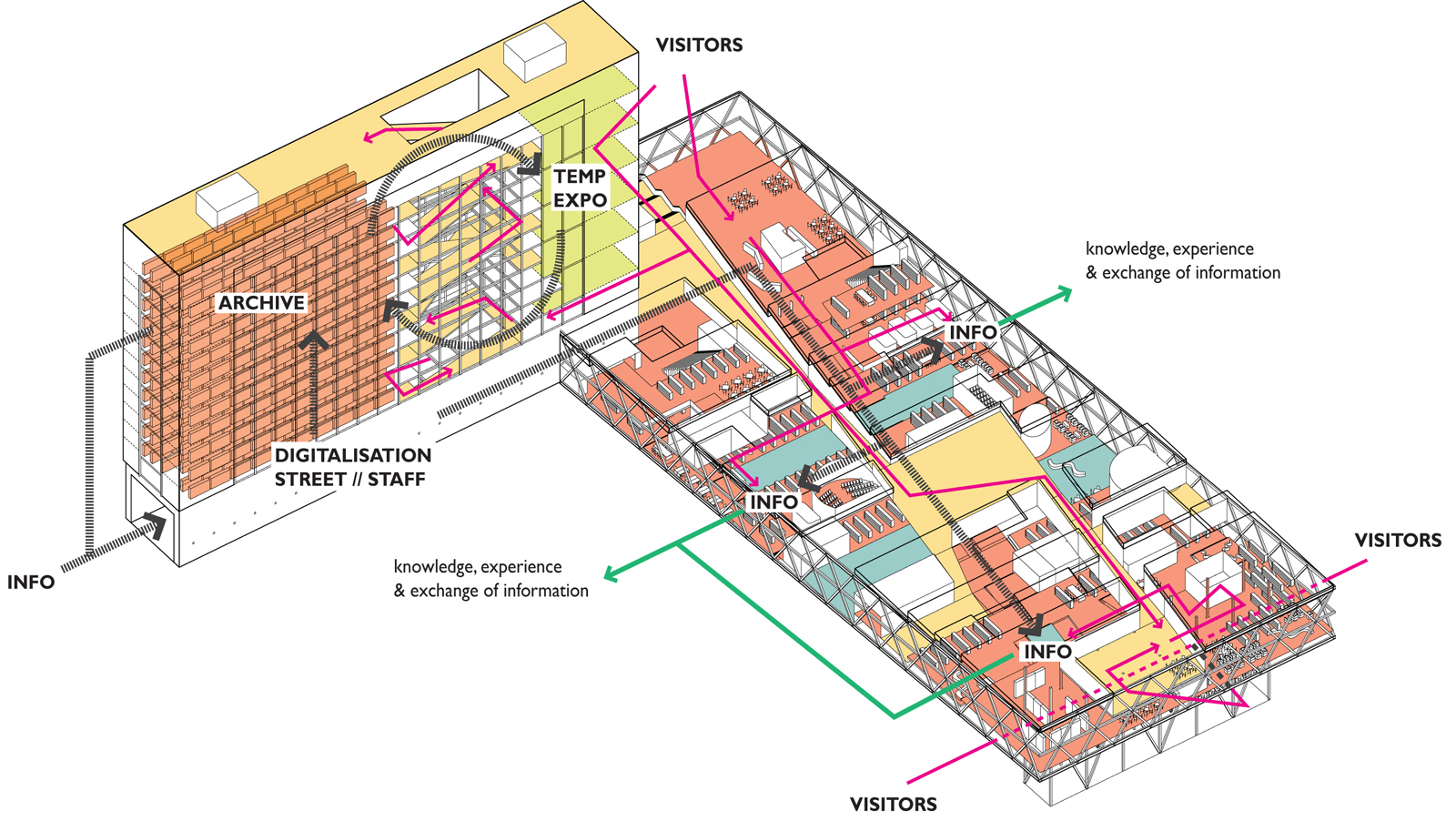